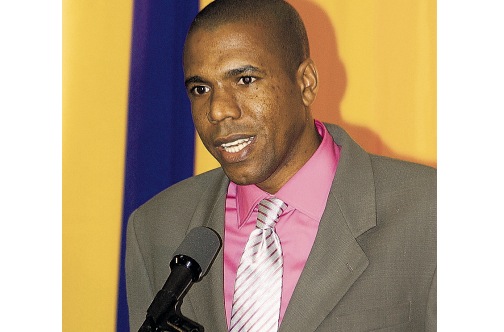 “It is now an associate company and we are very, very happy with the leadership and their plans for developing the transportation and logistics sector. These guys are really good, solid entrepreneurs,” said Williams, chief executive officer of Proven Management Limited with responsibility for managing the operations of Proven Investments.

“Our stake in it now is about J$115 million or about US$1 million,” Williams said.

Proven acted as the lead broker to Knutsford Express’s listing on the Junior Market in January 2014. At that time, Proven acquired a 10 per cent stake, equivalent to some 10.2 million shares. Proven then increased its holding to 15 per cent as at September 2014 based on information in its financial report. Then on November 17, some five million shares traded, according to Jamaica Stock Exchange data.

Knutsford Express, which is one of seven nominees for the 2014 Observer Business Leader Award, started operations in 2006 to provide a luxury service between Kingston and Montego Bay. Last year, its routes grew along the south coast of the island with the acquisition of South Coast Express Limited.

It earned J$17.1 million net profit from $103 million in revenues for its first quarter ending August 2014, or 20 per cent more profit year on year.

“We are looking for other entrepreneurs that we are comfortable with,” Williams added. “So we have started to invest in the real sector through the Reit and Knutsford Express.”

Proven Reit Limited — the vehicle for both residential and commercial real estate-related investments for Proven Investments Limited — expects to complete its Kingsway development in Kingston before the end of the 2014/15 financial year, according to Proven’s six-month financials ending September 2014 released this month.

The Reit will develop another residential complex starting January 2015 in the affluent Kingston 8 area. Shortly thereafter, the Reit plans to develop three major undisclosed residential complexes in Eastern Jamaica. Outside Jamaica, the company continues to negotiate to acquire commercial property around the famous Seven Mile Beach in Grand Cayman.

“We feel that we have the bread-and-butter aspect of the business going nicely, which is the financial sector operations,” Williams said. “We continue to look to grow our businesses organically as well as with acquisitions.”

Consolidated net profit at Proven for its second quarter ending September 2014 hit US$1.28 million or 21 per cent higher year-on-year. The company’s net profit climbed to US$3.5 million, over six months ending September or two-thirds higher year-on-year due to the inclusion of an extraordinary gain arising from the acquisition of First Global Financial Services, subsequently renamed PWL Transition Limited (PWLTL).

In May this year, Proven Investments acquired 100 per cent of First Global Financial Services Limited from the GraceKennedy Group for some J$3 billion.

Taken from The Jamaica Observer