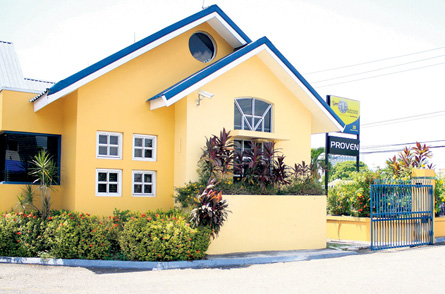 Proven Investments and the game of cricket

Cricket has many variations currently available today. Iterations include 20 and 50 overs, which are played over the course of a day, and the slow and methodical test cricket, which is conducted over a few days. The styles of play differ between variants as they have contrasting objectives. In one-day and twenty-20 matches, the aim is to try and make as many runs as possible, which usually consists of going for higher scoring shots to create a high run-rate. However, the bigger the shot, the bigger the risk in executing the shot.

In this light, Proven Investments likens itself to a test cricketer; careful about playing shots with proper timing, while protecting the wicket. Though test cricket can sometimes seem drawn out, it does offer the patient batsman the ability to produce many runs, inclusive of sixes and fours. In essence, it is a conservative style which waits for the right opportunity. In speaking with Proven Investments CEO Christopher Williams, it is apparent that the company applies this approach to investing as he relates the following: “The first rule is return of capital and the second is return on capital.”

Proven began in 2010 and its directive is similar to that of a value investor. Look for undervalued investments and acquire said assets with a view to holding them over the medium to long-term for capital appreciation. The company wanted to provide investors with above average returns via opportunities within local, regional and international markets.

However, those opportunities do not extend to equities as the company was formed just as economies were just recovering from stock market crashes and it was felt that stocks were too volatile. Being a young company, the focus was to provide slow and steady returns. Another focus was the diversification away from holding too much Government of Jamaica debt, a strategy they still maintain.

Proven hit a six when they acquired Guardian Asset Management Jamaica Limited (GAMJL) from Guardian Holdings Limited in August 2010. The acquisition became the company’s first subsidiary and was renamed Proven Wealth. Proven Wealth allowed the company to compete in the local securities market as it carried over clients and assets. Since that time, Proven went on to list on the Jamaica Stock Exchange in July 2011 as its first US denominated stock. This move was long-planned by the company to reach a broader cross-section of investors.

In December 2011, Proven issued 200 million preference shares at $5 per share with an eight per cent dividend yield. This issue raised $1 billion for the company which it would use for acquisition purposes, fund corporate debt deals and expand its investment portfolio. Proven REIT was established in February 2012 and its first purchase was an apartment complex costing US$575,000 in total. Williams relayed that the company has begun broadening its scope of real estate investments to other Caribbean islands such as Cayman and Barbados. There have been some discussions with overseas developers but Williams remains cautious to not bite off more than he can chew.

Also in February 2012, Asset Management Company Limited (AMCL) was purchased for US$393,000. Williams sees great potential for this new acquisition and hopes that it will be the company’s next big play. AMCL owns the Easy Own name which provides shoppers the facility to acquire items such as appliances and furniture on hire purchase. Proven plans to keep the retail side of AMCL’s business and intends to expand offerings to the commercial sector. AMCL will enable businesses to acquire stock and other items on hire-purchase, providing another avenue for loan facilities outside of banks.

While there has been some deals made, some negotiations were not able to be cemented. Williams said this is due to the fact that sometimes the amounts are just too large or that the deals do not fit Proven’s criteria. Also, for a deal to get approval, it must go through two committees. It does take a little more time to execute agreements, causing some deals to slip by, but it is safer for the company and provides more protection of shareholders’ funds.

The shortfall in closed deals has impacted the company’s return on equity, which stood at 9.86 per cent for full-year 2012, compared to 2011’s 19.28 per cent and the average of 14.15 per cent for the industry (as at October 10). Full-year 2011’s figure was significantly impacted by the US$5 million gain on the acquisition of GAMJL. It is clear that deals can boost Proven’s earnings and Williams is working to achieve more deals to rectify the shortfall.

Acquisitions are only a part of the picture as the company also manages and trades fixed-income securities. Gains on securities trading and net interest income contributed 45 per cent and 42 per cent respectively, to net revenue for 2012. Excluding the one-off gain, the company’s net profit attributable to shareholders increased 18.35% year-over-year to US$3.29 million and net revenues rose 5.56 per cent to US$7.21 million. Of note, Proven recently released its first quarter 2013 results whereby revenue increased 19 per cent to US$ 2.08mm and net income rose 2.27 per cent to US$845,876.

When asked about the current economic climate Williams relayed that it has been challenging at times but that there are still opportunities around. Proven has been fielding deal proposals and is constantly looking for opportunities to put its capital base to good use for the benefit of its shareholders.

SSL does not maintain a recommendation on this investment, Proven Investments Limited (“PIL”).