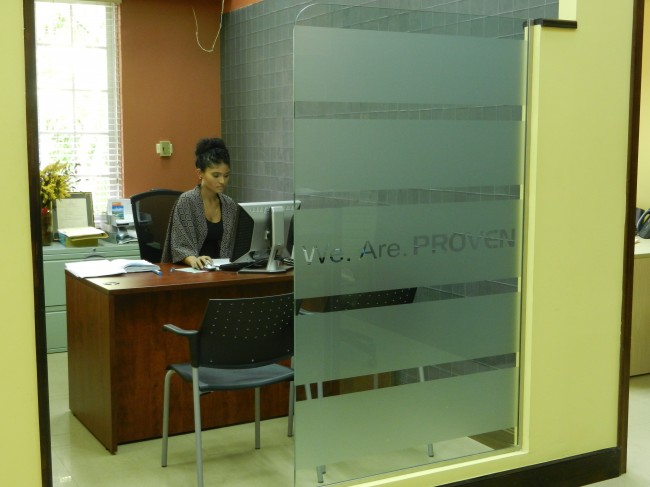 PROVEN Investments last week reported Net Profit of US$6.6 million and return on average equity of 20.7 per cent for the 13-month period ending March 31 2011, its first year of operations.

Consolidated net revenue for the period under review was US$11.9 million, with net interest income of US$3.4 million or 29 per cent of total revenues. Net fair value and realised

gains registered US$3.07 million for the period, contributing 26 per cent to the total, while fees and commission income and cambio operations gains were US$173,000 and US$5,000 respectively. Net foreign exchange gains of US$11,000 were one per cent of total revenue.

“One year down,” reflected an upbeat Christopher Williams, Proven’s CEO.

“We had a good year but in our minds we are just getting started,” he told Sunday Finance on Friday last.

The results include the one-off gain from the purchase of Guardian Asset Management – now Proven Wealth – for US$5 million. If that transaction was excluded, the return on average equity would be 9.54 per cent, reported the firm in its US-dollar denominated finanancial statements. But Proven’s founder and chairman of its investment committee, Peter Bunting is maintaining that they would have recorded an even better performance on return on equity if the one-off gain from the transaction were to be excluded.

“I don’t want to think without that effort because the time that we spent on that transaction, if we had not done it, more time and attention would have been put in bringing that 9.5 per cent to a higher figure,” Bunting said. “It’s a one-off but if it wasn’t that, it would’ve been something else.”

What’s more is that the firm announced that its board of directors approved a final dividend payment of US$1.4 million or US$0.0050 per share to ordinary shareholders on record as at June 8, 2011. The dividend is payable on June 30, 2011 and represents a tax-free dividend yield of 8.67 per cent for the period under review.

“This is better than almost any fixed-income instrument in our market now, much less tax-free,” Bunting emphasised.

Against the background of its commitment, since inception, to maintaining an efficient cost structure, Proven posted operating expenses of US$4.62 million for the period under review, including US$1.67 million in dividends paid on the preference shares during the period. The operating expense for the period represented an efficiency ratio of 39 per cent, which Williams contends is actually even more attractive from a core operating standpoint, given the inclusion of the preference share dividend as an expense.

“The preference share dividend is a feature to reward the founders for the start-up, so it’s not really an operation cost,” said Williams.

“If you add back the preference share dividend, our effeciency ratio is down to some 20 per cent.”

“We wanted from an investment diversification perspective to offer something that wasn’t really available in this market,” Bunting interjected.

“If you look at our portfolio composition, apart from the investment in Proven Wealth, our exposure is almost entirely in regional and international securities…. Of those securities, more than half of them are investment grade and this sets us apart from any local competitor,” he noted.

“It is a very interactive, various position committee that meets every Thursday and looks at investment opportunities right across the Caribbean,” noted Bunting.

And the firm, as its primary objective going forward, plans on being very agressive in seeking out these opportunities, added Williams.

“We feel that there are a tremendous amount of opportunities right across the region because the region has been tremendously dependent on commercial banking for capital support and with the advent of Proven as the first agrressive investment company in the region, a number of entrepreneurs have looked to us for alternative financing options outside of the traditional commercial banking space, and we have found that to be quite lucrative, and we see opportunities to grow our balance sheet significantly over the next 12 months,” said the CEO.

Williams believes that a major attraction of Proven is that corporate banking rates are still relatively high and Proven, being very liquid, is in a position to provide investment for companies that would either like to restructure their existing capital or expand. He revealed that the company did over J$2.5 billion worth of such private financing deals over its first financial year and revealed that the company anticipates doubling that in year two. He noted specifically that the company was exploring opportunities in Cayman, Trinidad and Tobago, Barbados, St Lucia and Jamaica.

“We have a number of opportunities and we really like what we are seeing out there,” he said.

The company is also set to list its ordinary shares on the Jamaica Stock Exchange this quarter, in keeping with its commitment in its original Offering Memorandum.

“The next step is to get listed – get our common equity listed in keeping with a committment we gave to the original shareholders in the private offer that we would list within 12 to 18 months,” noted Bunting.

Williams said another key objective of the company is to build Proven Wealth, the subsidiary born from Proven Investments’ August 2011 acquisition of Guardian Asset Management Jamaica, a subsidiary of the Trinidadian insurance company Guardian Holdings Limited. That task has been assigned to recently promoted vice-president investor relations & marketing, Paul Simpson.

“Paul is certainly seen as one of the young guns in the space and he is out there knocking on doors, sharing opportunities with clients and building the Proven Wealth subsidiary,” said Williams.

Responsible for leading Proven Wealth’s investment team, including overseeing the research and analysis on local, regional and global investment opportunities across all asset classes, is the firm’s senior vice- president of investments, Johann Heaven.

“Johann is a critical part of the team who keeps our cash earning as best as possible and we are very happy with that,” noted the proven CEO.

Underlying these objectives, Williams explained, will be the company’s focus on maintaining a lean and efficient operation structure. The company only has 23 persons on staff and operates out of a relatively small — compared to other major financial institutions — corporate office in the Guardian building in New Kingston. The company is actually planing to move out of that office into a smaller unit, which Williams estimates will cut their rental cost by about a half.

“We are efficient, that’s our hallmark…we are not going with any big offices,” said Williams, noting “We don’t think a financial services firm, especially one that is as niche as us, needs to have a huge administrative overhead.”

Finally, the Proven CEO believes the his management team is complete and does not anticipate any major additions the top brass.

“We are complete, I’m happy,” said Williams. “With year one down, these guys have learnt a lot… We have matured and are understanding the space that we have built out.”