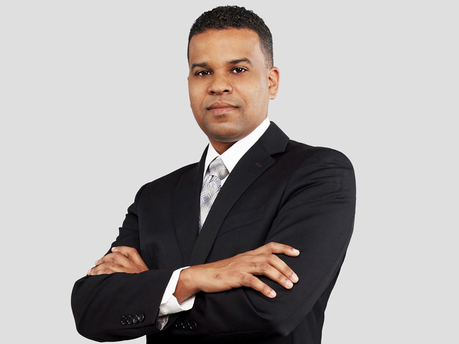 Proven Investments Limited (PIL) will be tapping its shareholders for additional equity capital through a renounceable rights issue to raise at least US$20 million ($2.3 billion).

The company needs funds for new investments and to pay down debt used to fund its acquisitive streak in 2014, when the company bought up an investment firm, expanding its holdings in one junior company and became the largest shareholder in another.

A special meeting of shareholders is scheduled for February 16 for shareholder approval for the planned issue of 122 million new shares in the company – each to be valued at US one cent – to be sold in the rights offer.

The offer itself has not yet been priced. PIL is seeking at least US$20 million, but may opt to double the offer to US$40 million depending on demand, says Johann Heaven, senior vice-president for investments at Proven Management Limited, the management company for PIL.

The stock, which was the first to be listed on the US Dollar Market in Kingston, is trading at US 21 cents per share.

“The great feature about it is that even though we are a US-dollar stock it will allow investors to subscribe in J dollars, so it will allow participation from pension funds and those organisations that have US-dollar restrictions,” said Heaven.

Shareholders will be offered one share for each three held. They can also apply and renounce shares to a non-shareholder.

Heaven said the proceeds of the offer will retire lines of credit taken up to finance last year’s acquisition deals and position the company for any new opportunities which may arise.

Proven, he added, is eyeing prospects in the banking and investment arena, specifically in the Cayman Islands, Barbados and Trinidad and Tobago.

“I can’t be specific, but we have a number of opportunities looking at, and at any point in time, we could be called on to fund them. We are basically raising the cash now in anticipation of those,” he said.

Proven’s acquisitions last year were First Global Financial Services for $3 billion, financed with 50 per cent debt and 50 per cent equity; additional share purchases in transport company Knutsford Express Services Limited for a combined $100 million, which Heaven says was funded from internal resources; and a 49 per cent stake in microfinancier Access Financial Services Limited for $1.2 billion, of which $700 million was financed by debt.

Through subsidiary, Proven REIT Limited, ground was also broken for an apartment complex in Kingston, a 32-unit $200m development of which $100 million is debt-financed.

Heaven confirmed that the total debt of $2.3 billion acquired through various lines of credit last year were to mature within a year of drawdown.

But: “We have not decided how much debt will be retired from the rights issue,” he said. “We may carry out future fund raises to retire short-term debt when they become due.”

He said that notes payable of US$76 million ($8.8b) on the company’s balance sheet at September 2014 – up from US$49 million since yearend March 2014 – is medium-term debt due within two to three years.

The company’s total liabilities also shot up from US$116 million to US$288 million in the same period, but most of the added debt relates to “huge repo balances” from subsidiaries FGFS and Proven Wealth Limited. FGFS, which was renamed PWL Transition Limited, will eventually be merged with Proven Wealth.

The company’s size also doubled in assets in the period from US$149 million to US$332 million.

The current rights issue will be the company’s third. It’s first was in August 2010, just weeks after its listing by introduction on the Jamaica Stock Exchange, which raised US$9.6m. Its second rights issue was in May 2014, from which it raised US$10.3 million for the purchase of First Global Financial Services.

PIL has about 400 shareholders, Heaven said.