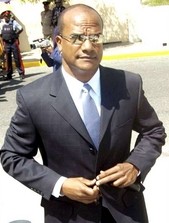 PROVEN tying up new acquisition, to list by August

PROVEN Investments Limited is negotiating the acquisition of a second investment firm amid posting US$6.6 million (J$565 million) in audited after-tax profit for its first 13 months of operations.

The negotiations involve a financial services company based in the Anglophone Caribbean, he said.

“There are discussions of an acquisition right now, and we have made an offer and we are in negotiations,” said Williams. “We are not disclosing anything more.”

The year-old company, which acquired the Jamaican operations of Guardian Asset Management from the Guardian Holdings group, and closed its financial year ending with total assets of US$141.1 million (J$12b) – US$100 million of which is held in investment securities – and net value of US$34.25 million.

‘Too big’ for Junior Stock

PROVEN Investments Limited was incorporated in the tax haven of St Lucia on November 25, 2009, and commenced operations on March 1, 2010.

The company is already “too big” to list on the JSE Junior Stock Exchange with J$2.9 billion in shareholder equity at year-end March 2011, but Peter Bunting, chairman of PROVEN’s investment management committee, said on Thursday that by August, the firm would complete its planned listing on the main Jamaica Stock Exchange through an introduction of the company’s shares.

This would provide a market initially only for its existing 150 shareholders, he said.

PROVEN will list about 3.5 billion shares, said Williams, but he declined to state the listing price.

“PROVEN meets the requirement of ‘listing by introduction’ by already being a ‘public’ company with at least 100 shareholders,” said Williams. The company will raise no capital through the listing.

PROVEN posted an average return on equity of 20.7 per cent on its US dollar-denominated balance sheet, with US$141 million in total assets. This figure included the one-off gain of US$5 million from the purchase of the Jamaican operations of Guardian Asset Management, now renamed PROVEN Wealth Limited.

“If this one-off gain was excluded from the results, the return on average equity would be 9.54 per cent,” stated the results.

PROVEN will also issue a dividend of US$1.4 million, representing an annualised tax-free dividend yield of 8.7 per cent.

The company posted revenue of US$8.5 billion and earnings per share of US$.005.

He said if PROVEN had not acquired Guardian, it would have sought other investments to increase shareholder value.

Williams said PROVEN has found a niche in providing alternative financing options outside of the traditional banks, and that the firm wants to aggressively grow its private financing portfolio from US$40 million, which includes the Guardian deal at US$16 million, to about US$100 million in its second year.

“One of the attractions of PROVEN is that the corporate banking rates are relatively still high, and PROVEN, being very liquid, is in a position to provide investments for companies which would either like to restructure their existing capital, or expand,” said the CEO.

“We have been very successful in working with a number of entrepreneurs and businesses in partnering with them to execute their plans. So we do not just do full buy-outs, we also take positions. Guardian has gotten all the publicity, but we have done private financing deals outside of that worth about J$2.5 billion.”